The Sturgians are a northern faction in Mount & Blade II: Bannerlord. They are traders and adventurers from the far north.

It has been stated that Sturgians have a violent and warlike mentality.

The confederation of small kingdoms that is now the Principality of Sturgia came into being only a century ago. As boomtowns sprung up along the great rivers of the north, the local tribal leaders forged marriage pacts with Nords and other adventurers, hiring their swords to subdue their neighbors. Under pressure from the empire, they elected a prince to lead them in war, and eventually the princes became a hereditary office. But the idea of a monarchy has never sat easily with the independence-minded boyars, and the potential for rebellion always lurks under the surface of Sturgian politics.

The Sturgian forests are forbidding and cold, but great wealth lies within. Wild honey can be found, and bog iron, but the real prize has always been fur. For centuries, brave traders ventured there to buy the pelts of fox, rabbit and ermine from the tribes of the woods. As the empire expanded eastward, that trickle of traders became a flood. Great towns sprung up on the rivers. Fortune-seekers came from the coast, from the steppes, and most of all from the Nordlands. Tribal elders made alliances with the newcomers, sealed by wedding vows, and with their share of the trading profits hired mercenaries to subdue other tribes. Sturgia became a collection of principalities, then a kingdom, the great powerhouse of the north. 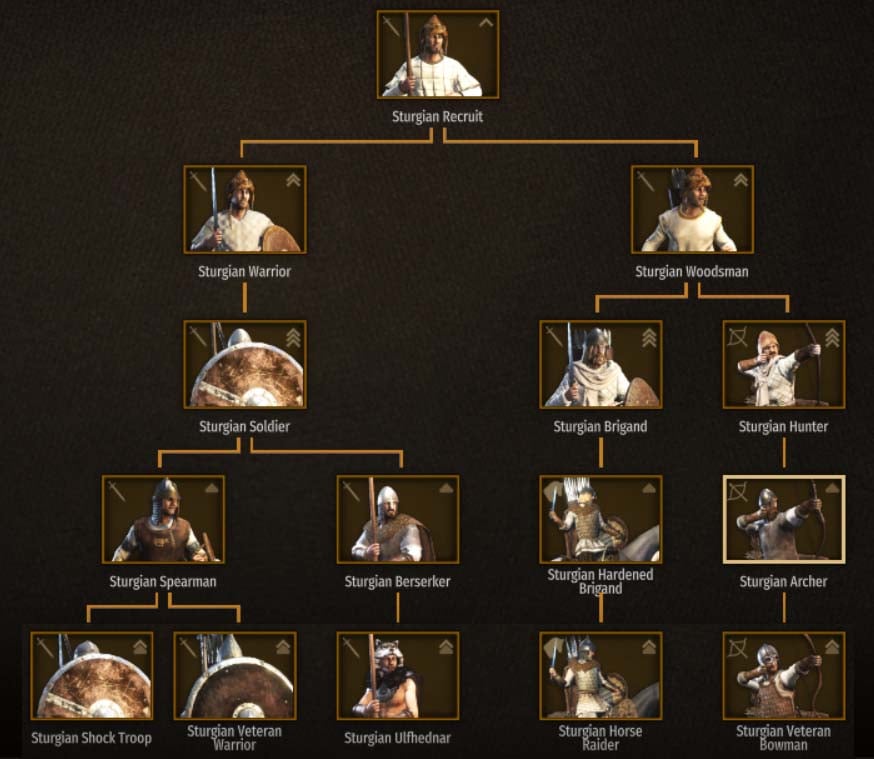