The Battania is a faction in Mount & Blade II: Bannerlord that excels at exploiting their native woodlands in northwest Calradia to ambush their enemies with their specialized forest warfare and longbow men. Their position in comparison to Warband is in and around Reyvadin, Knudarr, and Radoghir Castles. Their troop style will most likely be similar to the Nords or be of a completely new style as they are not the ancestors of any faction in Warband.

From time immemorial there has been a High King of Battania, crowned with great ceremony on the sacred hill of Dunthanach. Ask any Battanian chieftain, however, whose "kingdom" he lives in, and he will look around at his hall and in his fields and his pastures, his flock and his retainers, and answer "Mine, of course." Only lately, following the example of the Empire, have the High Kings made any effort to exert their authority. "Such unruly cattle as my people require a strong herdsman's hand to steer them from the ravine and protect them from the wolf," said one recent high king, just before he was betrayed by a jealous cousin and taken in chains to the nearest imperial outpost.

The misty hills of north-western Calradia are dominated by the Battanian clans, the original inhabitants of much of the continent. Their hilltop fortresses have born witness to countless wars fought to resist outside invaders: first the Empire's legions, and more recently the rising Sturgian and Vlandian kingdoms. They are masters of the longbow, the night raid, the sudden wild charge out of the woods. They idolise valour, but especially like it when mixed with a bit of mischief - the cattle thief who can whisk an entire herd into the fog; the champion who dines with a rival tribe, and, regaling his hosts with an anecdote of battle, produces from his bag the skull of one of their kinsmen that he took as a souvenir.

Additionally, the Encyclopedia tells us a bit more about Battania. We learn of the existence of an "old Battanian tongue"- In the page for Cantrec, we learn that the village is one of the southernmost regions in Calradia that still speaks the language, highlighting the great amount of territory lost by the Battanians in the past. Since Cantrec lies south of most of Battania, it is likely that most Battanians still speak the Battanian language. 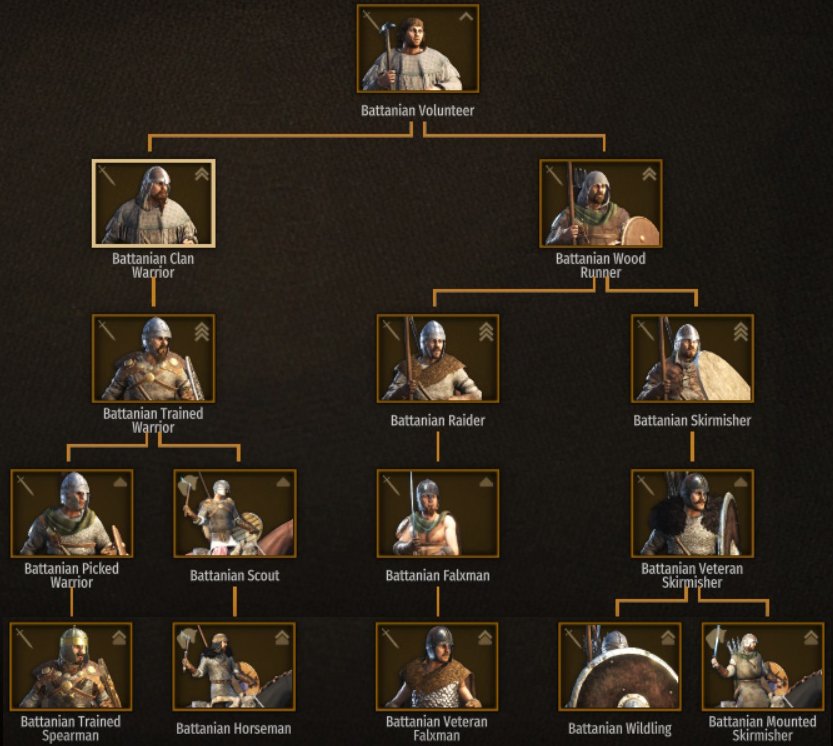